What is a Rotational Baseball Swing? What is Linear? What are the Cues for Each? 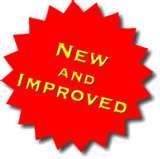 This may be the most important thing you read about baseball or fastpitch instruction.

Understanding the difference between rotational hitting and linear hitting is the most important concept in advancing to the next level when you play or coach baseball or fastpitch softball.

You must understand the key differences in these techniques in order to know what to look for in choosing baseball clinics, lessons, coaching, which team to play on, etc.

What most coaches are teaching and what the great hitters have actually been doing for over 100 years is something completely different.

Since a swing happens so fast, it is not obvious to most observers what is involved in a professional baseball or softball swing. Therefore, it was difficult to prove or disprove an "expert's" opinion. The advent of freeze frame video has revolutionized hitting instruction over the past 10-20 years.

The main differences between rotational and linear have to do with the action/timing of the arms, hands/wrists, and the back elbow - and the swing plane (or bat plane) that results from these actions.


When do these differences occur?

There are 3 phases to hitting a baseball or softball Linear vs. rotational differences are only relevant in the swing forward (3rd) phase (after the coil/stride and after toe touch).

Some insist that a linear swing is defined by the forward movement, or weight shift, and rotational swings include elements of linear movement. They are misinformed.

Linear Swings - How to Identify

A pure 'linear swing' is trying to 'whip' a (rigid) bat (which can't be 'whipped') at the end of two outstretched arms without the use of the rotating body.

The "pure" linear swing is immediately taking the knob straight to the ball, without any hip/ back elbow "connection" (the elbow just passes by the hip), and extending both your arms at contact, and (generally) flipping your wrists.

A "pure" linear swing is a weak double pendulum (arm extension + bat flip) that does not greatly benefit from the torso rotation because of the power leakage from the increased distance from the body.

If you kept your hands back with a linear swing, this would create a triple pendulum with the added back elbow, but "pure linear" pushes the hands in front of the elbow early. However, this generally creates late (vs early) "bat lag", so good luck with linear.
A linear swing generally creates a downward or diagonal swing plane(a).

The type of swing is usually predetermined the moment your hands leave your shoulder. If they leave too soon (linear), you create a downward swing plane, take your hands to the ball, and disconnect with your hips.

Linear usually results in bat drag (think the fence drill), and hitting the top of the ball (thereby driving the ball into the ground).

Rotational Swings - How to Identify

The "typical" rotational swing, among many other things, is taking your back elbow/shoulder to your hip as one of your first moves, while keeping your hands back.

Then release your hands and continue to rotate your hips while maintaining an "L" (sometimes called "slotted") back elbow until contact. Rotational MLB swings generally produce a slight uppercut swing plane (a).

A "pure" rotational swing is a quad pendulum (back shoulder stops, then back elbow stops, then forearms stop (with bent elbow), then bat flips) which is compact around the body's torso.

also notice the bat path goes down, then upward to the ball


Where are these swings used?

The linear swing is mostly used in fastpitch softball, and is rarely seen in MLB.

Here is a good article by a coach named Joseph M. White explaining more about the history of linear vs. rotational debate.

Linear swings are frequently seen and coached (inadvertently via cues) in youth baseball.

The rotational swing is used by most (if not all) MLB hitters.

(a) Note that swing planes for extreme "low and in" or extreme high pitches may not vary much for rotational/linear swing types.

But My 'Hands Are Quicker to The Ball' With Linear

Even if that's true, shouldn't your goal be to generate quicker bat speed vs. faster hand action?

The use of the entire body to generate extra leverage and the additional pendulum action enables you to generate faster bat speed using a rotational swing vs a linear swing.

Fastpitch is making a transition to rotational, so there are many hybrid swings such as the one used by Crystl Bustos. This swing is not high level.

She tilts her shoulders and takes her back elbow to her hip. That's typical in a high level rotational swing.

Then she goes linear. She throws her hands at the ball, stops her hip/shoulder rotation, and lets her front bicep push away from her body.

I have seen many fastpitch instructors refer to this flaw as a good thing - they call it 'extending through the zone'.

Do not confuse linear hitting with rare "extension" (sometimes called "Power V") hitters in MLB. Power V hitters slot their back elbow, then extend their arms to contact. Power V hitting=rotational techniques + extension at contact. It is not linear hitting. We believe it is more difficult to time offspeed pitches using Power V, so we do not teach it here. Experiment and make your own call on this.

Without the hitting aid in this picture, the hitter looks like Ripken above, and you would have no idea whether he is rotational or linear.

With the device in place, you know for a fact that he has taken a linear swing. Nobody can take a rotational swing using this device.

If you can swing with this device using this downward angle, you are a linear hitter.

If you can miss the back ball and hit only the front ball using the typical "two tee drill", your bat path is "downward" (also notice the direction of the struck ball).

This downward path is generally caused by pushing the hands forward too soon, which may be part of a linear swing, or may just be part of a bad rotational swing.

Which Technique Do You Advocate at eFastball.com?

After many years stubbornly using linear, we have been advocating rotational hitting for some time now.


We spent many years learning hitting techniques at camps and hitting lessons and via coaching during practices and games. Most of this instruction used linear hitting cues described above, such as "hands to the ball", "don't drop your shoulder", etc. So I kept stressing and reinforcing these cues to my kids.

We even attended a clinic held by fastpitch champ Lisa Fernandez where she showed us how to swing a bat next to a fence while getting the knob to the ball. The purpose of this was to get your hands to the ball before the bat head. I never thought to ask her to demonstrate how far she could hit a ball using this drill.

I guess I am slow, but I always questioned whether this technique really worked and I just thought maybe the "experts" knew better than I did.

One day several years ago, I was looking at a video of Chipper Jones' swing and I slowed it down frame-by-frame. Then I realized, Chipper was not using any of the cues I had been learning from the experts over years.

When I froze the video at the frame where Chipper first struck the ball, I noticed: You decide for yourself which technique you like. It won't hurt anything for you to learn both techniques. Go to an empty field and see which technique consistently drives balls out of the infield. If you understand the cues used by others, you can choose your technique easily enough.

Hitting Camps and Hitting Lessons - What to Look For

Your first question for the instructor or coach is "Which hitting style are you teaching? Rotational or linear?

You may not want to pay much for a camp or lesson if: Never combine or comingle coaching cues for linear and rotational swings.

Call around. Look for cages, camps or instructors that will teach you one or both of these techniques.

Pictures or Videos of Swings - What to Look For

Be careful when viewing images from a website, a poster, or a handout. Make sure the image of a "swing" is taken at the moment of impact on the ball. Also, make sure you understand the pitch speed and location. A player reacting to a curve ball, may produce a crazy swing.

There are many books, DVDs and websites with images of "swings" that are made well after the hitter has struck the ball or are made when the hitter was fooled and they are lunging forward at a changeup. Any hitter's arms will likely be extended under these circumstances.

At impact with ball:
Updates