"Babe Ruth taught him to bat, to hold a towel under his left [front] armpit and to take batting practice by shifting to his right [back] leg, then to his left [front] leg. The towel made his elbow stay down going through the ball. It promoted a flat, level swing.

This "connection" became a huge part of Ballard's teaching and was adopted by other instructors and players. (World No. 1 Vijay Singh often can be seen hitting practice balls with a towel or headcover tucked under his left arm.)

Babe Ruth taught hitting to his frequent pinch runner, Sam Byrd, [who in turn taught it to golfer Ben Hogan] this way:
Put a towel under your front armpit. Shift your weight from the back leg to the front leg. Don't drop the towel. Golf Tip
A drill Ben Hogan learned from Sam Byrd (his coach for 20 years, starting in 1945), who in turn, learned it from Babe Ruth in 1929 ... tuck a tiny bit of your shirt, under your left armpit (right handed players) and keep it there during the entire swing.

Golfers today use the same advice. Here is the 2013 US Open Champion, Justin Rose:

Again, it won’t stay pinned because of the rotational force of your swing, but it’s a great trigger to keep your swing tight and your arms from disconnecting from your body.


Who should use this drill?


Who should not use this drill?

This drill will not work for hitters that purposefully extend their arms at ball contact.

One example of this type of swing is sometimes called the Power V (not to be confused with Mankin's Power V) and is used when they hit fastballs. Cal Ripken, Jr. (left) is an example of a hitter that uses the Power V swing type that would not benefit from this drill. [We recommend only using a Power V when you have misjudged the timing of a pitch, usually an offspeed pitch.]

This drill will definitely not work with hitters purposefully using any form of linear hitting.

When/How to use this drill/test

I recommend using this drill as a tool to be used to measure different stages of swing development. Use it for a few swings and see if you drop the towel. Make some changes, then try the drill again.

Some instructors have noted that continued use of the drill may promote arm bar and restricted swings in some students' attempts to keep the towel from falling. If the towel continues to fall out after a few swings, stop using the drill, and return to it later.

Who is Sam Byrd?

Sam (Sammy) Byrd, was known as "Babe Ruth's legs" since he was often his pinch runner at the end of the Babe's career when Byrd played for the Yankees from 1929 through 1934. Byrd used this drill to improve his golf game as well, winning six PGA events between 1942 and 1946, and playing in the Masters.

I have seen different versions of this drill

There has been considerable confusion regarding this drill over the years, primarily because Byrd was right handed and Babe Ruth was left handed. Byrd used terms like "right hand" and "left hand" which confused people about which armpit to place the towel. The towel goes in the front armpit.

Further, many have misread the drill and have thought the towel should be placed under the elbow. It's the armpit, not the elbow.

Place a towel under the batter's front elbow and have him take swing against live pitching. If he swings correctly, the towel will not fall to the ground

We like to use a drill called the Towel Drill. It is simply placing a folded towel under the back elbow of each hitter.Each hitter then gets several balls soft tossed to them one at a time.Each hitter is then trained to rotate the torso to hit the ball without the towel falling out from under their elbow.They quickly catch on after a couple practices.This is a good drill and inexpensive.

And finally, there is an unrelated towel drill used in pitching.

Is the Babe Ruth Towel Drill the Silver Bullet? 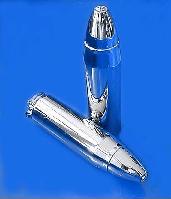 The Babe Ruth Towel Drill is probably the best drill you can do to measure the swing we promote. Of course, don't lunge on your front leg. We also recommend doing an inward turn on your stride forward.


We do not have any videos of The Bambino actually using this drill, but we do have a nice video below of the Babe 7 years after his May 1935 retirement when his swing was not in prime form.


h/t to many BBF readers for help improving and clarifying this page.